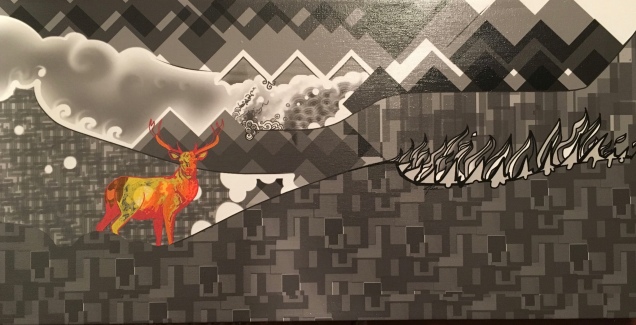 This year has been going by really fast, and I have some new work to share, some current and past news to share, and a few of the sights I’ve seen.

First off I want to introduce my new series of paintings I’m launching this month. “Bii Bitoodnii”, which means in Navajo, Deer Springs, is my maternal clan and I wanted to honor the matriarchs of our family, and my mother, by creating a line of paintings that will be released yearly involving deer images. I’m utilizing digital images I created using my iPhone, as background imagery. I’m also using influences from old school flat style paintings, to give a nod to a classic time in Navajo imagery. 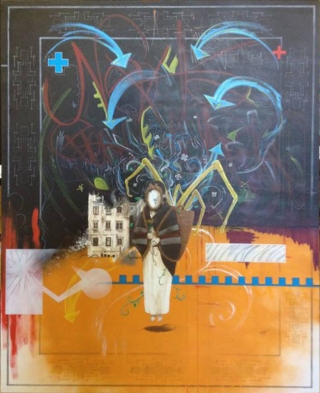 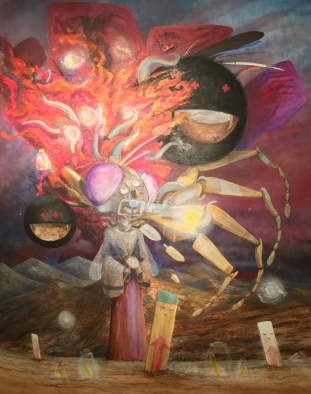 I also have another update to share about another series I’m working on at the moment. My Re-imagined gods series has a new companion piece, but first a little introduction about the series. I started a series of 7-8 paintings all with a size of 4′ x 5′, and the first painting in the series was titled “Where Spiders Sleep”, which was based off of Spider Woman. My interpretation shows the vanishing borders of Navajo rug, with the spider character floating in midair. The 2nd in the series and newly completed is “The Time of Messages in a Bottle”, which shows how messages from the gods and men are sorted through and delivered by Big Fly, who was the original message bearer. 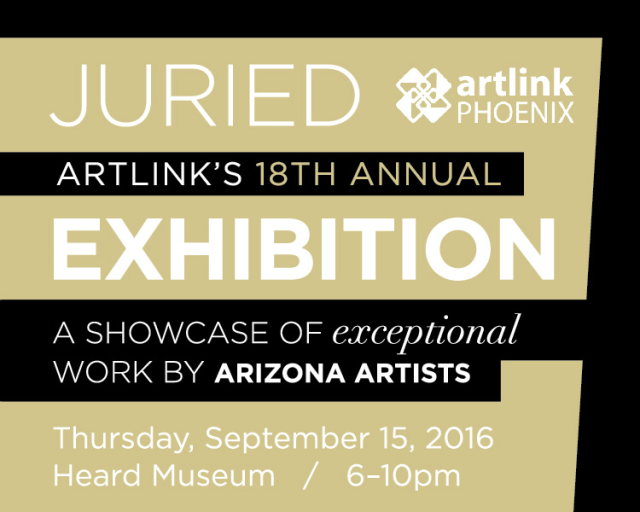 I had the chance to make it back to Santa Fe again this year for the Edge exhibit curated by SWAIA, and this time around I took all my political inspired paintings. The work was met with enthusiasm and excitement, and I was rewarded with the spectacular weekend. We met many friends and did quite a bit of walking around.

In past news I was included in a show in Edinburgh, Scotland at Dundas Street Gallery in May of 2016. My girlfriend and I decided to throw in a vacation and also toured more parts of Scotland, including mountain biking, and spending several days in London as well. The event was well received and was an extremely satisfying experience. I’ve included some of the street art we came across during that trip. 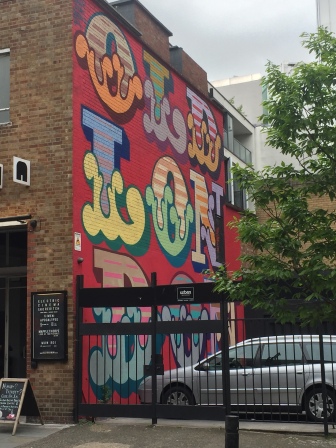 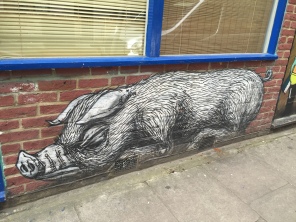 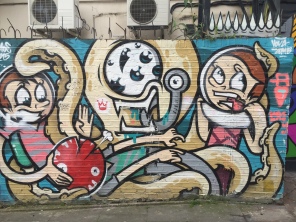 That’s about it, but I do have one last thing to mention. I will be closing up 1Spot Gallery at the end of September, while we loved being a part of Roosevelt Row and downtown Phoenix, I felt the gallery had accomplished the original mission we planned when we started the gallery. To promote and create awareness about native art and to promote the great artists that we knew, and I felt we accomplished that mission in the sense more native artists are setting up their own shops and galleries to showcase more native art. And so, I wanted to thank Michelle Ivette Ponce, Katja Lehmann, and Isreal Shortman, for being involved in the gallery processes during the short four years we were open, Thank you.