Off Kilter, But On-Track

Getting enough sleep is essential, and over the last few weeks, it seems as though I’ve been getting less and less. That or I’m starting to wake at weekend hours on weekdays thereby throwing my weekday evening work schedule off kilter. It’s been a busy few months already. I managed a small vacation to Spain and Venice, Italy, in between posts and I have a few great photos from the trip to share with you. 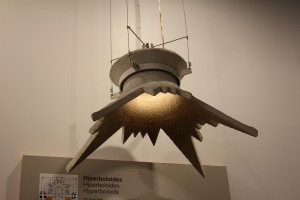 We went to Spain to experience the country as well as the art and the cuisine, and we were satisfied with all the great food we had.  We also made the art as important as architecture and design.  Along the way we visited the Dali Museum and his house in Portlligat.  The coastal roads were amazing, as well as our trip into France to visit Carcassonne.  Ever since our first visit to Germany, I found castles to be interesting in terms of construction methods and materials, as well as seeing Antoni Gaudí’s earliest creations the Palau Güell, or Frank Gehry’s work embodied in the Guggenheim Museum, Spain in Bilbao.

We also visited cuisine hot spots like Els 4Gats in Barcelona, frequented by great artists like Picasso and Gaudi.  Great Tapas places were in abundance and we frequently stopped for espresso shots or cured meats and cheeses with baguettes.  Some surprising finds include a late breakfast in a gas station that was serving fresh baguettes, cured meat and potted cheese.

Among a few choice gem items like this we witnessed the different European climates, both political and geographical.  We ran into a pro basque demonstration while walking around in Barcelona, and we came to find out it was the day of independence for Catalonia.  We also managed to find the square where Columbus was welcomed back after the trip to the new world, and I proudly stood there and proclaimed the square for the Navajo Nation.

The other place we visited was Venice, Italy, and that was to see the exhibit for Imago Mundi that features the painting I created for the project.  Venice in itself was trip, I kept thinking, so how about moving away from the coast, and that would fix all the seasonal flooding, tide changes, and essentially fix any infrastructure problems.  Water taxis, buses, and floating garbage trucks never got old, and I quickly became used to the water taxis and their run schedules.

The exhibit space for Imago Mundi was on an island, and we had to take a water taxi to get to it.  The pieces were well presented in individual cubes holding the pieces, while each region had its own grouping of boxy panels to display this huge collection of art.  It was an interesting experience to see the various culture’s contributions as well as the different styles and subjects.  It was a huge project to see and appreciate, and after digesting the exhibit, we moved on to the Biennale to check out the different exhibits from countries around the world.  Suffice to say, we were worn out after a whole day of art.  The next day we managed to fit in the other section of the Biennale.  Overall we saw quite a few interesting installations using every material imaginable, and every media available, with my overall observation that a lot of the art projects involved climate change, and the impacts of man’s devastation on the environment.  I left with the feeling that despite all the exhibits focusing on the environment, very few people visiting these exhibits would be affected by the art or the message.

Back in Spain, we also visited The Guggenheim Museum in Bilbao, where there was a Jeff Koons retrospective.  Alongside the flashy art, there was also a Basquit exhibit as well, and after coming back to the states and viewing more of his art online, I don’t think the exhibit was successful at showing his best work.

The flight back was uneventful, but after such a long trip I was glad to be able to have hot sauce on the menu again.  Since every restaurant in Spain and Italy seasoned their food well, I got used to good tasting food all the time, but I was always missing chili to spice my dish up a little.

To round off this blog post, let me mention a few items of importance, first off Dec 18th is the last day for viewing “Not Yet Rated 3.0”, our annual movie poster show.  I have 4 entries to display this year, and if you go to 1Spotgallery.com, you can see our current show.  We also have notable entries from Loren Aragon, Craig Cleveland, Marlena Robbins, and Michelle Ponce.  I will also be releasing an adult coloring book published by Kryptic Leaf, LLC, featuring my artwork.  The book titled “Conversation Lines, Inspirations for Conversations” will be available in a limited first edition of 50 copies with colored pencils included.  I will be personalizing copies on Dec 18th, from 7pm – 10pm at 1Spot Gallery.  Get em’ while their hot off the press.

I have a ton more info to post, along with the my next show details coming in January, but I’ll do a separate post for that announcement.  Thank you all my supporters and fans and give me feedback on what you want to hear about my art from me.